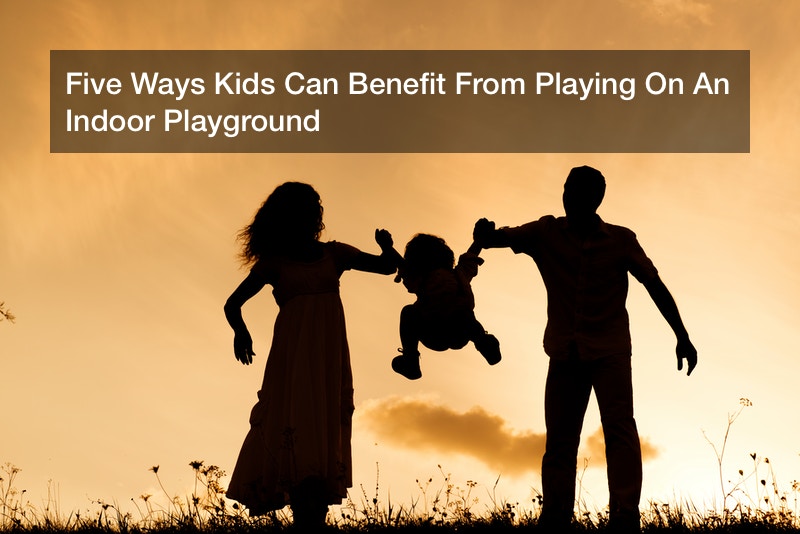 Five Ways Kids Can Benefit From Playing On An Indoor Playground

From the time the first playground was built in the United States 130 years ago, school playground equipment has been an essential part of childhood development. Swinging on swings, climbing jungle gyms and hanging on monkey bars conjure up happy memories of simpler times when hours were spent having fun on at the neighborhood playground.

In today’s technology driven world, playing outside has become even more important. According to research by the Kaiser Family Foundation, children aged 8 to 18 spent 4.5 hours a day watching TV in various forms, including on their mobile phones and the Internet. Additionally, even though 83% of parents say it’s important that their children learn how to use technology, nine out of 10 would prefer them to spend their childhood outdoors.

Periods of regular play as a child are linked to the development of nearly 400 genes in the cerebral cortex. Playing on a playground, kids learn the importance of playing alone or with other kids, learning and experience different emotions as they play and develop social skills.

It’s important for health as well. To maintain a healthy weight, children should get at least 60 minutes of moderate exercise per day. Today, less than one-third of children reach the Sports and Fitness Industry Association’s classification of “active to a healthy level,” which is just 25 minutes of high-calorie-burning physical activity three times a week.

Playgrounds are plentiful in the United States—Chicago has more than 300 playgrounds at its public parks. However not all kids get the recommended amount of exercise.